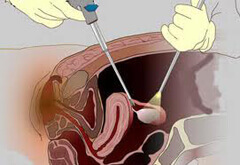 It is a type of endoscopy in which operations in the abdomen and pelvis is performed through very small incision (0.5 to 1 cm) instead of big incisions in laparotomy. It is also called as minimally invasive surgery. Uterus, fallopian tubes and ovaries can be examined as well as operated by laparoscopy.

Laparoscopy is done under general anaesthesia. Abdominal cavity is inflated with gas for better visualization of the abdominal organs. Laparoscope attached with video camera is inserted through a small incision near umbilicus and other operative instruments are inserted through one or more other small incisions. Video camera helps in getting enlarged view as well as record the procedure. After the surgery finishes, gas is removed to deflate the abdomen, and incisions closed with sutures. 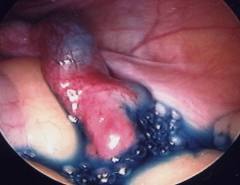 Uterus, both fallopian tubes and ovaries are examined thoroughly under direct vision to identify the pathology that can lead to infertility or other symptoms. The chromopertubation test for tubal testing can be done by inspecting the flow of blue dye from the abdominal ostium of fallopian tube while injecting the dye from below.

Polycystic ovarian syndrome is a condition associated with anovulation/oligo ovulation leading to irregular scanty menses, infertility, hirsutism and many a times obesity.

Ovarian Drilling includes performing multiple punctures targeting on the ovarian stroma with unipolar coagulation.. Decreased ovarian stroma might help in resuming ovulation or decreasing the dosage of drugs that are needed for ovulation induction.

It is an abnormal collection of fluid or material in ovarian substance.

Laparoscopy can be performed for drainage, removal or biopsy from such cyst. The material removed is routinely sent for Histopathological examination.

Uterine fibroids are the benign tumor of the uterus which can cause pain during menses, excessive menstruation, infertility, and pressure symptoms on bowel or urinary tract or other abdominal structures.

Fibroids can be dissected and enucleated using laparoscopy, followed by its removal through morcellation, and suturing of dead space under laparoscopic guidance.

Sometimes pelvic organs are abnormally adherent to each other or bowel organs leading to infection, surgery, endometriosis causing pain, or infertility. The procedure is performed using hydro dissection, scissor or laser, atraumatic forceps, and harmonic scalpel.

It is an abnormal dilatation of fallopian tube with clear fluid collection in cases of distal tubal block.

Neosalpingostomy or fimbrioplasty can be performed by giving linear /cruciate surgical incision on this blocked distal part and creation of new healthy opening with dissection and monopolar energy under Laparoscopic guidance.

If patient is undergoing IVF, it is advisable to remove or clip the hydrosalpinx for better results.

It is a condition characterized by presence of endometrial tissue outside the endometrial cavity of uterus. During each menstrual cycle, it bleeds with the shedding of endometrial linings causing accumulation of old blood (chocolate colored fluid) in the ovarian tissue leading to chocolate cyst formation. It may lead to peritoneal scarring resulting in appearance of powder puff burns, and adhesions of pelvic organs to each other & bowel. Its presence in uterine musculature leads to adenomyosis. It is also responsible for dysmenorrhea, menorrhagia, and dyspareunia of varying severity. It may also lead to chronic pelvic pain.

The operation of surgical removal of uterus which is known as hysterectomy can also be performed laparoscopically. It can be performed for various indications including menorrhagia, dysmenorrhoea, Pelvic inflammatory disease, adenomyosis, uterine fibroids and other benign and malignant conditions. 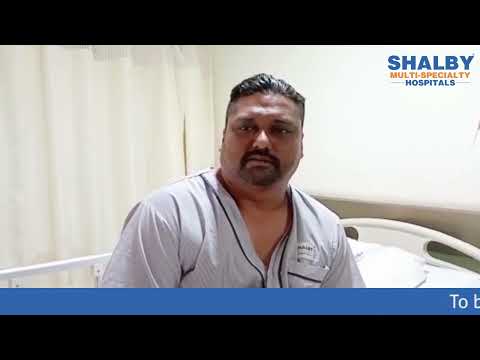